Please note: We are testing this recipe with a different cut of meat and cooking period. 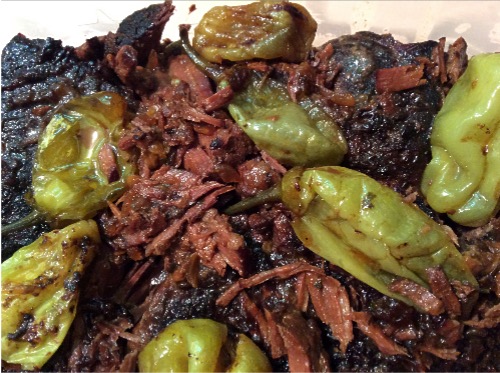 Using paper towel(s), pat dry both sides of  the meat.  For even cooking, cut meat into equal-size pieces to fit inside your slow cooker. Then season with salt, lemon pepper and granulated garlic.


Sear the beef
Add the olive oil to a large, hot skillet over High heat, Quickly sear the meat to lock in moisture and flavor, and to improve texture of the final product after long hours of cooking in the crock-pot.

Cook meat until golden brown, about two or three minutes per side. 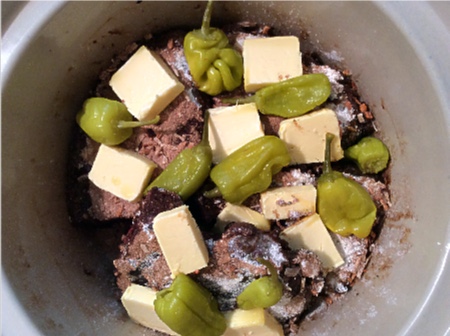 
Assemble and cook
Transfer meat to slow cooker and sprinkle over both dry seasoning envelopes. Slice butter and evenly distribute pats over the seasoned meat. Surround the top and sides with the peperoncini.

Cover and cook until meat is tender, about eight (8) hours on Low setting.


Serve
When meat is done, remove and discard any globs of fat. With a fork in each hand, tines facing down, insert the forks into the meat and gently pull the meat apart.

If desired, chop the cooked peperoncini and stir into the shredded meat.

Serve wam over mashed potatoes or hot cooked rice with the au jus, or on sandwich buns with a slice of Provolone cheese. 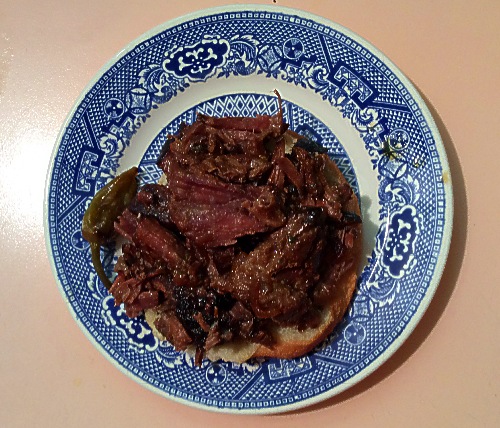 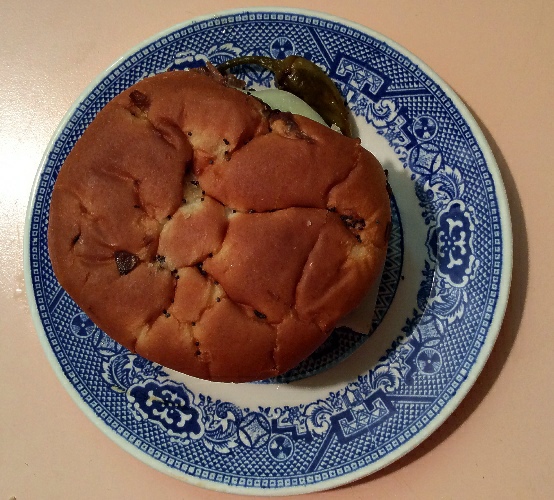 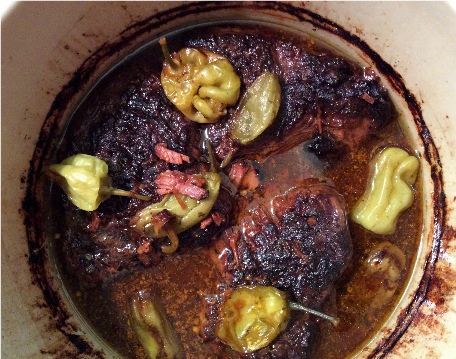 Mississippi Pot Roast in own cooking liquid, as directed