This is my take on a favorite family recipe. As a matter of preference, I increase the yield. Also, I roast the corn before adding to the rice mixture and add garlic and lime zest. 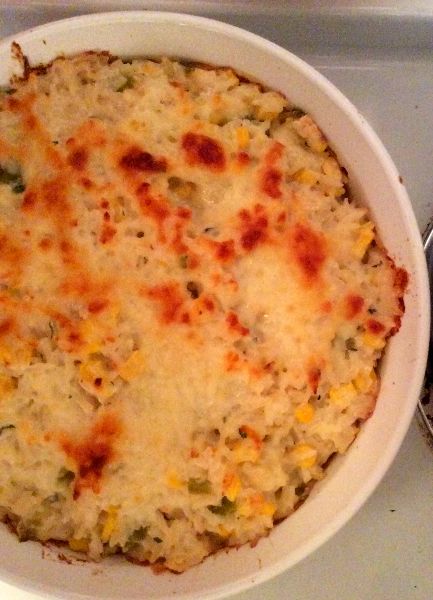 Lightly apply cooking spray to the inside of a 2.5-quart baking dish; set aside.

Prepare rice
In a large covered saucepan, bring the uncooked rice, chicken broth, and butter, if using, to a boil. Then, reduce heat to Low. Cover and simmer for twenty (20) minutes.

Remove pan from heat and set aside, still covered, for ten (10) minutes or so. Then, use a fork to fluff and add the cilantro to the warm rice.


Sear the frozen corn
While the rice is cooking, and in a (12-inch) skillet over High heat, spread the frozen corn (not defrosted) in a single layer and sear it. Stir occasionally, until most of the corn kernels have browned a little on at least one side.

The corn is ready when some of the kernels start "popping." Remove pan from heat and set aside.

Assemble casserole
Once rice is cooked, rested and fluffed, add the seared corn, sour cream mixture and the shredded cheeses to the saucepan; stir well. 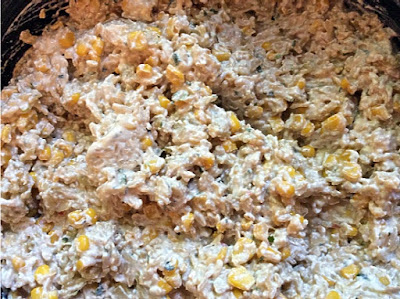 Cooked rice mixed with other ingredients before baking


Bake casserole and serve
Bake, uncovered, in preheated 350ºF oven until warmed through and the cheese bubbles and is lightly browned, about thirty (30) minutes. 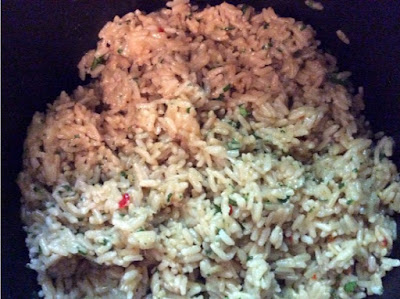 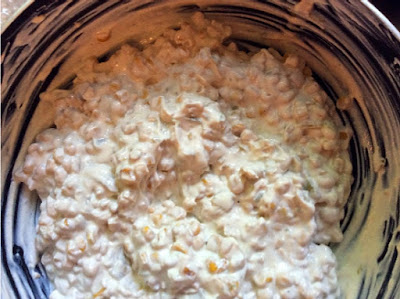 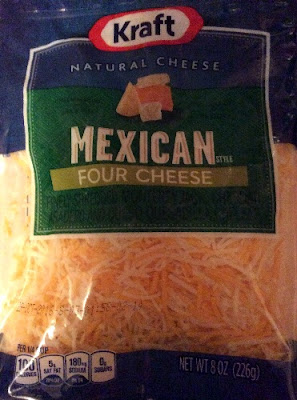 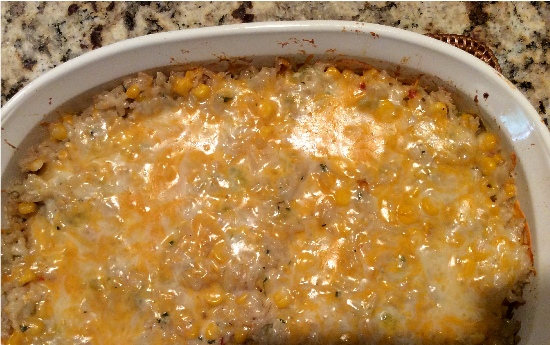