Writer Peggy Harvey suggests a menu and explains in her book,


'Lace-Curtain' because it looks down its nose at cabbage. It is a little on the sweet side, but no more than many ham dishes. It designs to allow boiled carrots, onions, or even potatoes on the same plate, but its favorite companion is a mixed green salad. Cheese cake or a hot compote of fruit might follow. 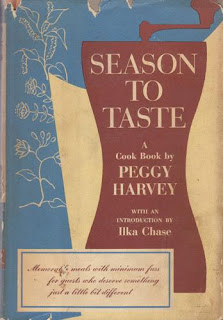 Directions
Prepare 4-lbs of brisket of corned beef in your accustomed manner. That is, soak it or not according to your taste. Put it in a kettle and cover it with cold water; bring to a boil and skim.

Quarter the oranges and slice the lemon. Peel and quarter the onions. Add these, with 1/2 cup brown sugar, to the kettle.

Add a handful of pickling spices, which may be bought mixed, or mix your own with the cloves, allspice, and cinnamon. Simmer, partially covered, until tender. This will take about four (4) hours.

Remove and drain the meat. Cover it with moist brown sugar and place it in a preheated 300ºF until the sugar melts.     Back to Top